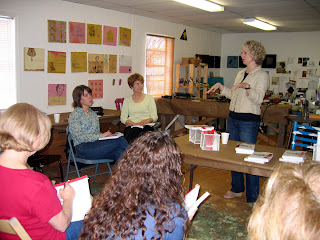 Alyson Stanfield speaking to artists at my studio
This past Sunday, I was excited to host Alyson Stanfield, creator of ArtBizCoach.com at my studio for a book party. She's visiting artist's studios to talk about her new book, I'd Rather Be in the Studio.

There were about 13 artists there to meet Alyson, buy her book, and ask her questions about art marketing. Everybody wanted to hear everyone else's questions, so it ended up being a group question and answer type format.

Alyson was very genuine, funny, and generous with her information. I really enjoyed meeting her.

Her book is wonderful - full of helpful information to get you started or to help you focus on what you're already doing. And I was overwhelmed with the amount of online resources that she shares with the buyers of the book. It's such a great supplement to the book. You definitely need to read it!

And, just a reminder - as part of her blog tour, Alyson is stopping by my blog on May 27. Stop back by then for more with Alyson!
Posted by Deanna at 10:11 PM 2 comments: 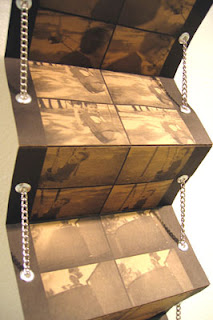 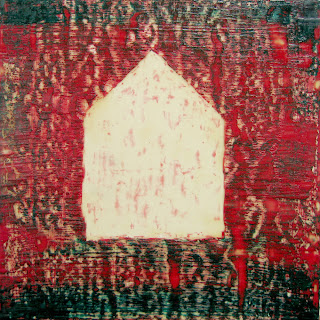 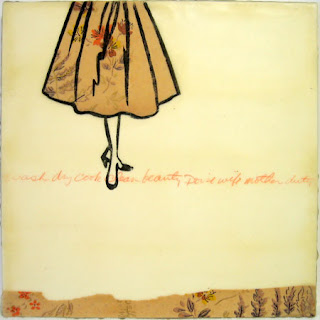 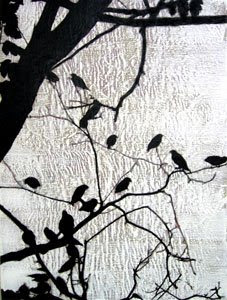 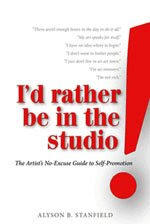 For:
I’d Rather Be in the Studio! The Artist’s No-Excuse Guide to Self Promotion
by Alyson B. Stanfield of ArtBizCoach.com

Why?
Alyson will be in the area and she wants to meet some Dallas-area artists.

Cost:
Free and open to all artists of all levels.
Feel free to distribute this to anyone you think would be interested. Bring a friend!

What to expect?
Alyson will speak briefly about art marketing and answer questions. There is no pressure to buy a book, but they will be available for purchase.

More about Alyson:
She runs a Web site and artist consulting business called ArtBizCoach.com. Alyson relies on artists’ stories and experiences. She wants to hear yours.

So, why is it called a Book Party?
The book is a pretext to visit with artists in an artist’s studio. According to Alyson, “Most authors have book signings, but, well . . . yawn. I wanted to take my book to where artists are. And wouldn’t you rather be in the studio? I will have books for sale and will donate a portion of sales to the Visual Arts Society of Texas (VAST). But there will be zero pressure to purchase the book. I’d much rather meet the artists in your town than sell books.”

To read details about the book, visit http://idratherbeinthestudio.com 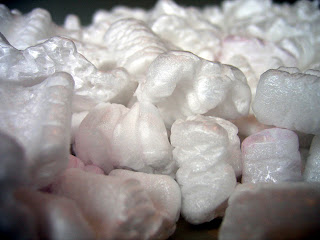 I'm in the middle of my annual unpacking spree for the VAST national exhibition. Here's a shot from the sea I was drowning in today...
Posted by Deanna at 11:00 PM 2 comments:

l to r: Kate Miller (with back to camera), Joanne Mattera, Cheryl McClure, Carolyn Fox-Hearne (with back to camera), Janet Reynolds
Our opening reception on Friday, February 22, was a great success! The people at CAMP really did it up nicely for us. They were extremely gracious and they put on a great spread. One really great touch was the video camera "hidden" in the main gallery space. It was streaming live video that was projected in another room (and someone said it was streaming on the internet, too, but I'm not sure about that).

We were extremely excited that several high-profile people from the "encaustic world" stopped by, including Joanne Mattera, author of The Art of Encaustic Painting; Richard Frumess of R&F Paints, and Kathryn Bevier of Enkaustikos Wax Art Supplies.

The show is up until March 16, so if you haven't seen it yet, please stop by and check it out!

Here are some more photos from the opening:

In Overwhelm. But in a good way...

I started to write this last weekend and I'm just now getting around to finishing it...

I've had a whirlwind few days! Last week I attended the CAA (College Art Association) Conference, which was very conveniently held in Dallas this year. I might not have gone if there hadn't been so much encaustic stuff going on.

The exhibition, The Divas and Iron Chefs of Encaustic is on display at the McKinney Avenue Contemporary in conjunction with the conference. On Wednesday night, the MAC hosted a reception and artist's talk. All of the artists (Kristy Deetz, Peter Dykhuis, Lorraine Glessner, Cheryl Goldsleger, Reni Gower, Heather Harvey, Jeffrey Hirst and Timothy McDowell), were in attendance and all talked very eloquently about their work. The show is just fabulous, and to hear the artists talk about the meaning behind the work and about their processes was so wonderful.

Gwen Plunkett attended the talk with me. She had driven up from Houston to attend the conference and our TexasWAX show.

The next day, all of the artists, joined also by Joanne Mattera and Richard Frumess from R&F Paints, spoke on a panel discussion about encaustic. Richard discussed the history of encaustic, Joanne talked about her work as well as some artists who work in encaustic, and all of the other artists spoke about their own work.

It was wonderful to see more images of the artists' work and to hear more about their processes and themes.

Then, as if that wasn't awesome enough, the next morning there was an encaustic workshop. I had no idea what to expect. I knew Richard Frumess would be there, so I was thinking it would just be an informational type of thing where he would talk about products and demo them. But almost all of the artists were there with their hot plates set up and they were doing demos (Timothy MacDowell was not there and Heather Harvey was there but just taking photos).

They were spread out, so everyone could just bunch around a table and watch and ask questions. I was a little frustrated at the beginning because all of the questions were very basic. I wanted to get to the nitty gritty! I did pick up a few techniques, but the best part was just to hear the artists talk more about their processes and see how they work.

I feel so fortunate that I was able to attend all of the events. Alone each one would have been great but to experience them all together as a whole was truly wonderful.

More about the TexasWAX show next time...
Posted by Deanna at 10:14 PM 2 comments: