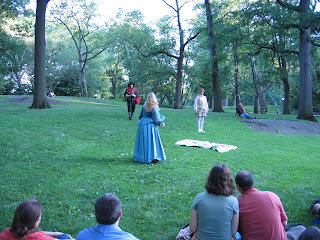 Cymbeline, performed "progressively" in Central Park by the New York Classical Theatre.
I had a super busy day yesterday. I took the subway and then walked through Central Park to the Met. It's a big place and I didn't get to see all of it. I concentrated on the modern and contemporary sections, but got side-tracked by some older things, too. I was pleasantly surprised to discover that they allowed photography. So many museums don't any more... Below are just a few of the things that I saw: 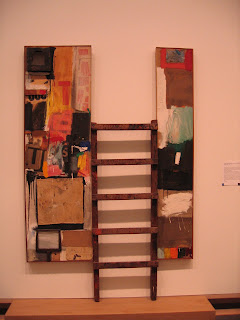 I think this was the only piece I saw by Robert Rauschenberg. He's one of my favorites, so I was a tad disappointed that they didn't have more. 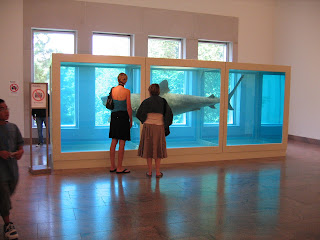 I just had to take a picture of Damien Hurst's shark, mainly because there was a "No Photography" sign right next to it. 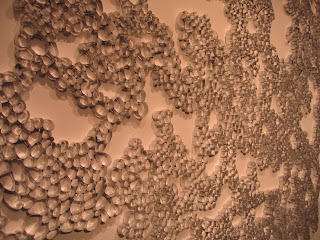 Detail view of Tara Donovan's amazing installation of mylar tape. She does cool things with straws, styrofoam cups, etc. Seeing something mundane and disposable arranged on such a large scale is quite impressive. 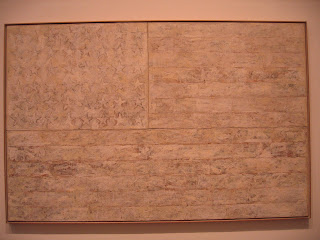 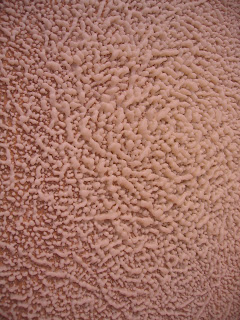 This is a detail of a large encaustic piece by Martin Kline. Very textural and dimensional. 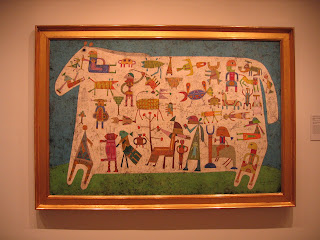 Another encaustic piece, this one by Victor Brauner. 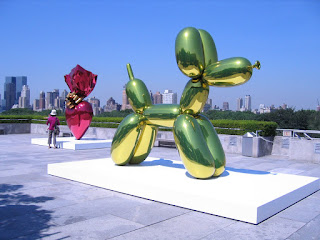 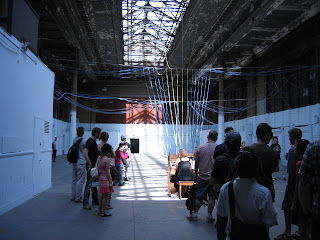 After the Met, I rode the subway to Battery Park and met an online friend at the Battery Marine Building to see David Byrne's "Playing the Building" installation. The building is going to be remodeled soon and he's turned the empty large space inside into a musical instrument. 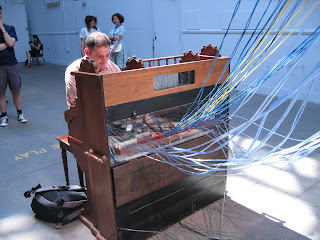 There's an organ in the center that you can play, and all the wires connected to the organ control motors on the rafters, compressed air blown into pipes, and hammers on radiators and pillars. 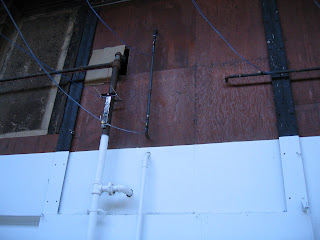 Above is an example of one of the pipes with air being blown into it. 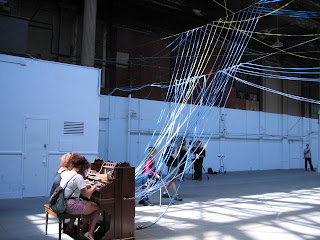 It was really amazing. We stood in line and played a duet that was pretty awful, I'm sure, but it was really fun. There were a few people that were able to play some semblance of music. I felt really fortunate to be able to see it and interact with it. 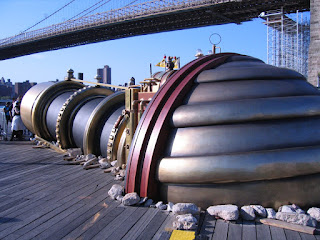 Then we went to Brooklyn to meet up with another online friend. He took us down to the foot of the Brooklyn Bridge to see the Telectroscope, a viewer that allows you to see through this newly discovered tunnel to London that uses elaborate mirrors or something. 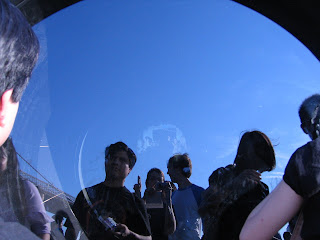 This is the viewer - you look through a large window and you can see a screen with the people in London, who are standing in front of a bridge in London (the Tower Bridge?). 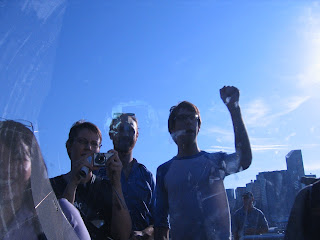 Here's Chuck attempting to engage the Londoners in a game of rock-paper-scissors, or roshambo, as they call it. There was a bit of a lag, so it didn't work so well. The woman on the left was talking on the phone to someone in London. Adam, the scientist, was skeptical, and suspected that the people were not even in London, much less at the end of a tunnel.

Then we ate some yummy pizza (although Chuck assured me that it wasn't that great), got some yummy ice cream, and then headed back to Manhattan to go to the New Museum. They didn't let us take pictures there, though.

I headed back to the hostel and attempted to get some sleep.

Today I'm going to head to Chelsea to see some galleries. I might also try to get Shakespeare in the Park tickets for tonight, too.
Posted by Deanna at 7:45 AM

Your post is making me think about heading back to NYC this summer. You are making the most of your visit. I would be skeptical of the telescope too. Maybe it's webcams?